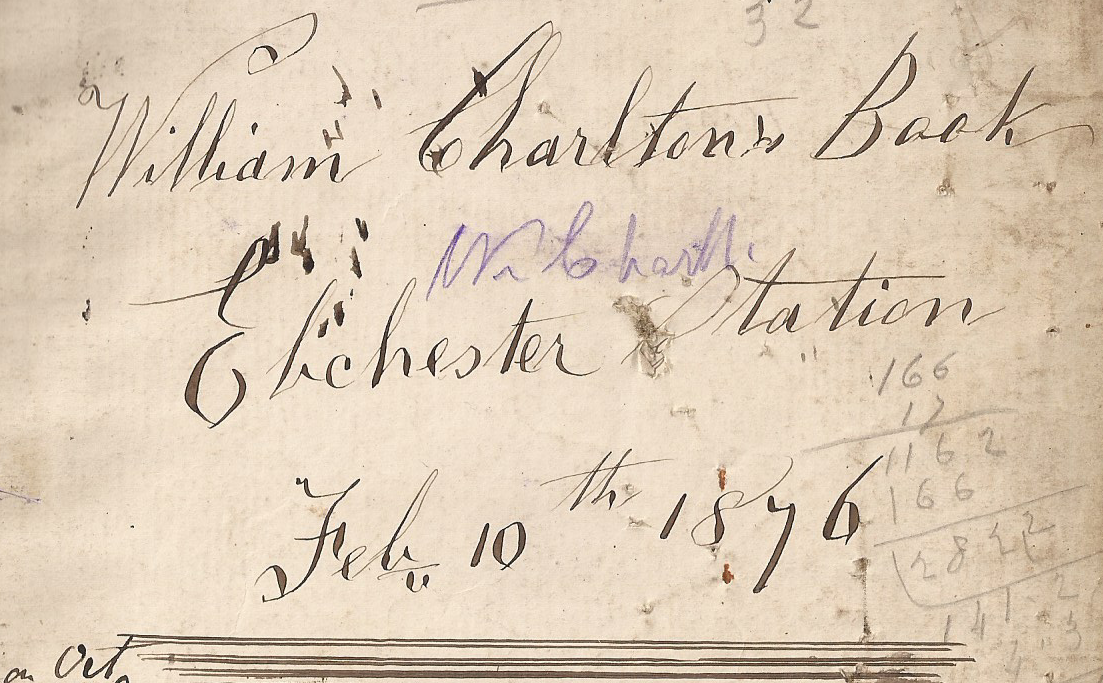 Esther’s father was William Charlton (b.1827, Broomfield, Durham) and his diary is in the chest. According to the 1881 census, he was a farmer at Milkwell Burn, Chopwell, Co. Durham. A farm of 32 acres! Esther (the chest’s owner), and William’s youngest child, were born in 1875 in Broomhill, Northumberland. So, somewhere between her birth and 1881, the family moved to Milkwell Burn. I wonder whether it was this move and consequent fresh start which triggered the desire to keep a diary?

Milkwell Burn was actually quite close to Broad Oak Farm where William was born. It seems that both plots of land at one time were owned by the Surtee’s family. The actual Milkwell Burn is a spring that runs into the Derwent from Chopwell.

The commmunity of Milkwell Burn was demolished in 1970. In 2010, the Durham Wildlife Trust purchased Milkwell Burn Wood from Gateshead Council. It is now an area famous for its wildlife.