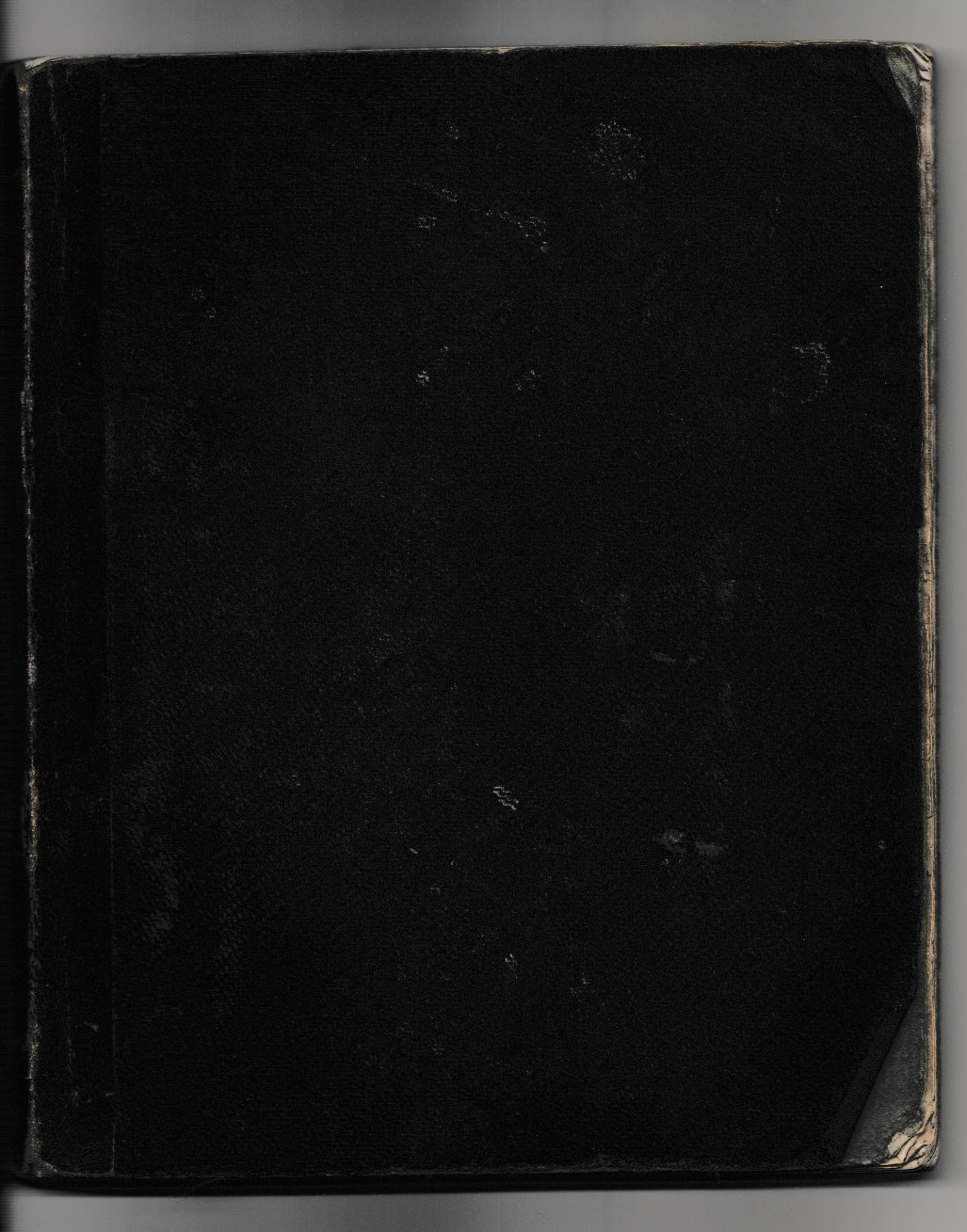 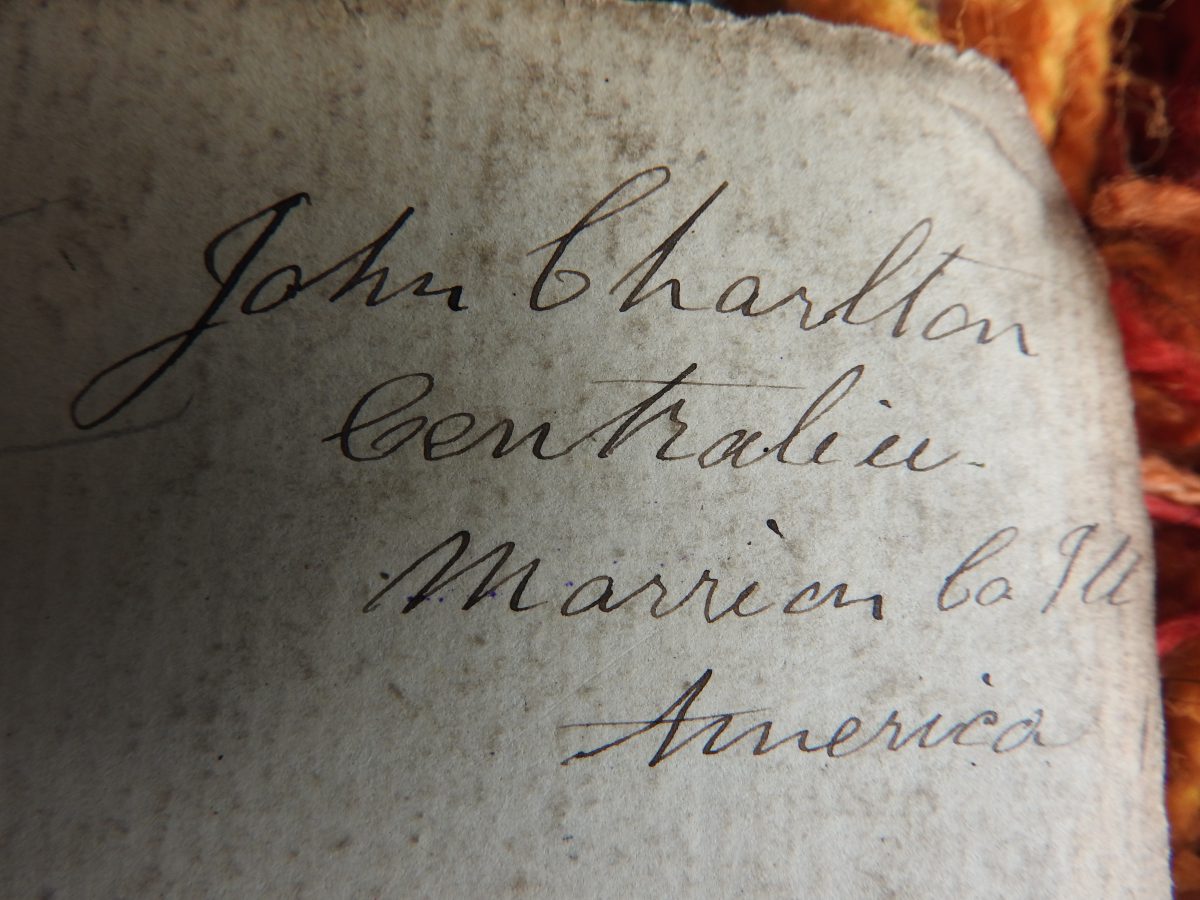 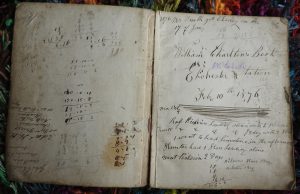 This is one of my mum’s favourite documents in the chest and she suggested that I Blog about it next. It is a most unusual document as it is sewn into the pages of a newspaper! It is a will of a gentleman called John Thirlewall of Newbegun (assume Newbiggin?, Northumberland) who died in 1699. The dates on the newspaper indicate that it was published in 1844. I do not know of any family connection with the Thirlewall family. Why it is in the chest, I have no idea, and quite probably will never know – however it does make for interesting reading! Attached is a scan of the original document together with my transcription (as far as possible the original punctuation, spelling, capitalisation have been copied). Just clock the link below.

Extracted will of John Thirlewall

Update:
Hot off the press! My mum has now discovered this: In 1711, a certain William Charlton was involved in a quarrel with Henry Widdrington of Buteland and the latter as killed. His body was taken to the church and buried by the door of the Charlton’s pew which would require Charlton to step over the grave every time he attended church. That he was put off entering church may have been no great sacrifice Source. A William Widdrington was one of the executors of John Thirlewall’s will! There must surely be some connection to my family of Charltons.

This letter is written by a Mr William Charlton who is a tenant farmer on the Duke of Northumberland’s land. The Farm is called Broad Oak and is in the Parish of Ovingham, Northumberland. I know from my own family history research that Esther’s grandfather William Charlton was born at Broad Oak around 1800. It is unlikely that the letter was written by him as he would have been only 17 years old at the time, and in the letter he describes his large family (he didn’t marry until 1821).

His father was called John Charlton (Source: Williams marriage certificate to his second wife Elizabeth Wilkinso). William Charlton born in 25.02.1800 who was baptised in the Parish of Ebchester, on the 12th April 1800 whose father is John Charlton (labourer) and mother Hannah Armstrong (daughter of William Armstrong of the Parish of Ryton, Durham) and whose residence was Broad Oak, in the Parish of Ovingham. I have found no other William Charlton’s born at this residence at this time – perhaps this letter was written by John’s father? There was a William Charlton who had at least one child at Broad Oak at around the same time: Anne Charlton was born on the 12th May 1798 and was baptised at Ebchester on the 29th July 1798. Her father was William Charlton (born at Broad Oak, Ovingham) and mother Elizabeth Brown (second wife) native of Witton Le Wear. Was this John’s brother – or perhaps even father??

Curiously Esther’s Grandfather married Esther Wilkinson on the 17th November 1821 at Ryton Parish Church – the very day that this letter was written.

As we still have the letter, it was either never sent or this is a draft/copy of the one that was sent.

The transcript of the letter reads as follows. A copy of the original is attached to this post (just click the link below).

Letter to the Duke of Northumberland – 1821

NB. Where I have been unable to decipher the words I have used asterisks. Words written in italics are ones that I am either not sure of or are a definition of a previous word. However, as the original is attached you may be able to interpret the indecipherable!

To His Grace the Duke of Northumberland Etc. Etc. Etc

I had the honour of addressing your Grace, on the subject of my existing agreement for the Farm at Broad Oak since which I am informed thro’ your Grace’s Commissioners that in order to obtain a release from any engagement, I must agree to pay half the difference between the present rent of £205 per annum, and the amount of the different progressive rents for the remainder of the term amounting to the sum of £546, 5, 0.

This, your Grace will perceive, is, in itself, no relief, for, supposing it was in my power to have such a sum as £546, 5, 0, it would, at the termination of the lease, amount to a sum nearly equivalent to the gradual payment of the progressive increase of rent and is, in effect, as ruinous to me, as enforcing the full performance of my agreement could be; from my circumstances independent of any other consideration the payment of such a sum would be impossible, without destroying the means of providing for myself and my family and I venture respectfully to draw your Grace’s attention to the following observations;

This farm is the first one I have held under your Grace, and consequently I am not in the situation of an individual who, having realised property in better times, from the favourable terms on which he held his farm, might fairly be called on to contribute a portion of that property to free himself from a ruinous lease.

That, although for the first four years the annual rental was £190, yet from the sums expended by me in improvements, I have never enjoyed any benefit, or advantage, from the farm, from the circumstance of the soil cleared, being of an inferior and sandy nature, perfectly distinct from what was contemplated and totally unfit for the growth of corn; and, in fact, in some years, the corn was not, in some places, even cut.

That, since I took the farm, my burthens (archaic form of the word burdens) have been increased to the amount of about £30 per annum, poors rate paid to the former tenants who have been driven to the necessity of seeking that relief.

That I have never realised more, than merely must be the charges against the farm, and now from the increase of Rent, and the depression of every description of agricultural produce, it is impossible for me to avoid that ruin, the approach of which, under such circumstances, is gradual, but certain.

The father of a large family, I am most anxious to retain the means of providing for their wants, and, as the unfortunate circumstances under which I am placed, has not arisen from want of industry, skill in husbandry, or proceeded from my own misconduct, I again venture to appeal to your Grace, and in praying that I may be released from my agreement, I feel confidence in the recollection of the line adopted by your Grace’s late noble father, as well as yourself, in not holding the individual answerable for events, or circumstances, human skill could not control.

I have the honour to be

Most obedient and most humble servant